Graphics are an invaluable part of almost every business video strategy. Whether they move or stay still, share a story or a message, or are in your brand colors or in a new palette, both motion graphics and animation can enhance every type of video in a myriad of ways.

Since we at The DVI Group employ several incredible animators and motion designers, we’ve talked a lot about graphics—both static and kinetic—on our blog. Now it's time to explore more deeply the topic of motion graphics vs. animation.

We previously listed some graphic trends we think we’ll see more of in the coming years and then chatted about graphic design specifically and its contributions to branding work. Transitioning from a discussion of graphic design to motion graphics, we also discussed how both graphic design and motion graphics are indisputably valuable parts of our creative output. 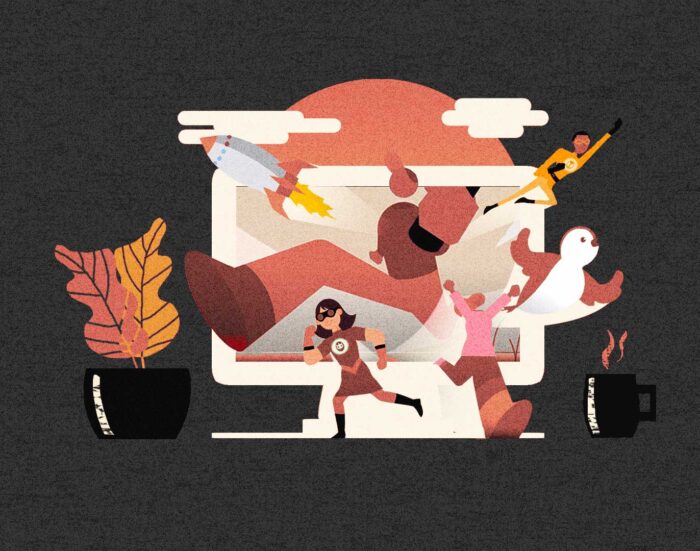 But we never delved into a deeper explanation of the “motion” portion of “motion graphics,” nor did we distinguish this type of design from its chic video cousin, animation. We’ve noticed that a lot of people new to creative media get the two mixed up, and to be fair, they can be very similar.

After all, if drawn shapes and characters move across a screen, it’s got to be animation, right?

What are motion graphics?

In all fairness, motion graphics are a type of animation.

Motion graphics may include:

Motion graphics all share one characteristic: they’re all created from scratch using the talents and software at the disposal of a trained artist. And in our industry, motion graphics artists are sometimes called animators as a type of shorthand, though their more professional title can also be “motion designer.” These artists are often adept at using different types of motion graphics software, such as:

How are Motion Graphics Different from Animation?

Let’s look at an example for point #3 above—the fact that motion graphics favor pieces without animated characters or texture-filled elements. One of our favorite motion graphics pieces is the introduction video we created for X-Rite Pantone, seen below.

Notice: the background is a flat color.

It’s a calming shade of soft gray. For this project, our artists weren’t asked to create vivid backdrops or involved worlds that an animated character could walk through. Instead, our clients at X-Rite Pantone wanted an abstract piece, filled with arrows, icons, and other elements that would make a big picture company announcement even clearer.

In this piece, our motion designers let the information do the talking and focused on flawless movement, clean lines, and icons that would convey information visually.

Motion graphics can also more easily augment a live-action video. Take a look at the Home Depot installation video below, and notice the tip popups throughout.

In our industry, these popup flourishes wouldn’t be called “animated popups”—they’d be called “motion graphics,” and they were all part of a custom Home Depot “graphics package” that we developed in order to create this video series.

There’s a time and a place for everything, and what motion graphics don’t cover, animation sees to in spades. It can be defined as “an art form that imbues shapes and characters with movement using physical and digital techniques.”

As you may be able to tell from this list, one key difference emerges when you look at motion graphics and animation side by side: animation is often more visually complex. That doesn’t mean the motion design is easier or less skillful—on the contrary: it takes a skilled artist to know exactly which projects will benefit from the power of motion graphics and which need a full animated treatment.

Animators may use the following software:

Some types of animation require a larger video budget and a longer timeline than motion graphics. If your heart’s set on a realistic 3D animation video production or a deeply detailed custom look, be prepared for variable estimates from animation and video companies. But don’t fret—a good agency can often work with you to find the right visual style for your time and money constraints.

How is animation different from motion graphics?

As opposed to the three points above used for defining our view of motion graphics, animation distinguishes itself from motion graphics in three complementary ways:

Learn more about our motion graphics and animation services here»

Below, check out one of our most recent animation pieces, an introduction to a detailed HR software retention strategy called “Customer for Life” by the SaaS company Sage.

Our animators created a modern world of offices, conference rooms, bookcases, and chat bubbles, filled out by HR characters and complicated movements.

And a 3D animated piece we love is this Doosan ad for equipment telematics below—although it has a plain background for dramatic effect, the equipment is lovingly rendered in stunning 3D detail, incorporating real-life mechanical parts and an impressive “explosion” motion.

This level of 3D animation takes weeks, if not months, to properly rig, light, and animate in a way that looks believable. 3D animation is really an art form all its own and is usually very distinguishable from even 3D motion graphics.

Animation or Motion Graphics...Which Is Right for Me?

That’s entirely up to you.

Some projects beg for an involved animated world and characters, but others benefit from the visual simplicity of motion graphics—however, keep in mind that although motion graphics are less character-driven, they often take just as much planning, thought, and care as a fully animated video! As we said above, be prepared to define your budget and time constraints. Sometimes, your project specifics will naturally lead to the perfect choice between two styles.

In the end, as long as you contract a video agency with ample experience, they’ll be able to lead you in the right direction. Rely on their artists and creative directors to find the perfect look, and your needs will always be perfectly met with visual beauty to spare.

If you need any help deciding between motion graphics and animation, contact our experts at The DVI Group for guidance backed by decades of experience. Call 404.873.6283 or fill out our form.