Choosing a Video Company: Videographer vs Production Company vs Agency

You know the story.  Three pigs.  Three houses (straw, sticks, bricks).  The straw house pig built his on the cheap, as did the stick house pig.  And because they lowballed it, the wolf gobbled them up.

The brick house pig, on the other hand, lived happily ever after in his sturdy domicile.

A significant proportion of video drop-off occurs in the first 10 percent of a video, no matter the length.
Source: 2017 Video in Business Benchmark Report

So, what does choosing a video company have to do with pigs and sticks?

Let’s say the house metaphor is your video. And your wolf? Your wolf is shrinking attention span.

Getting someone to click the play button on your video is only half the battle.  If your video doesn’t engage your audience in the first couple of seconds, the scrolldown is going to gobble you up.

When a user drops off only seconds after clicking play, chances are, they missed the video’s primary message. So if you want to make a video that survives the scrolldown, your choice of a video company is vital.

Here’s a user’s guide to for deciding what kind of company to use when you make your scroll-stopping video. 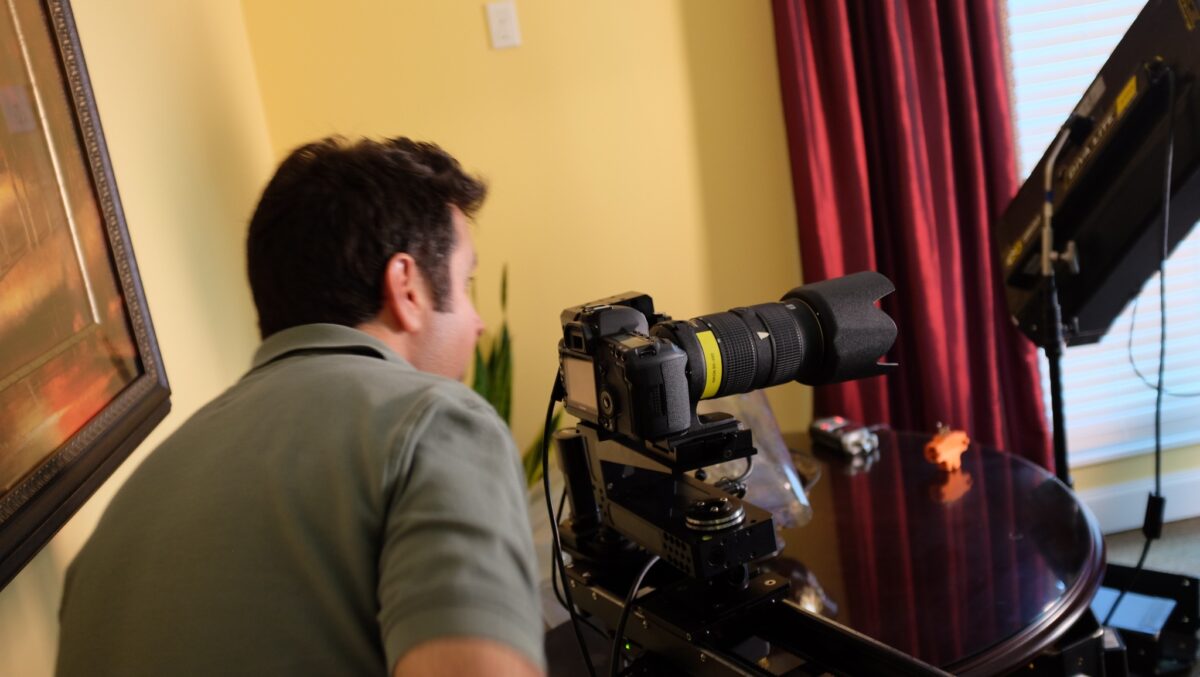 A videographer is a person with a camera. The good professional videographers know their equipment and maybe even have someone to assist on set and help them with lighting.  At worst, they’re amateurs pretending to know more than they do.

Videographers are great for weddings, Bah Mitzvahs and corporate events that just need to be documented. However, if you need a polished or strategic video, you need to put more thought into choosing your video company.

The Production Company – the stick house.

A production company is usually a team of specialists who work together to shoot high quality footage. At their best, they will deliver beautiful footage, and maybe even a well put together edit. At their worst, they are videographers.

Production companies are great at capturing beautiful images, but they aren’t strategists, and they aren’t going to spend a lot of time on creative development.

However, if you can put together a creative strategy ahead of time and already know exactly what you want, down to the last shot, a production company might be a good fit for your project.

The Video Agency- the brick house.

A video agency is a company that works on every aspect of a project from start to finish, making sure your messaging has the greatest chance to survive scrolldown.  The most effective video ads tend to be put together by agencies (and often, their price tags reflect that).

Even among similar video companies there are major differences in quality, process, and outcomes.  For more guidance on how to evaluate video production partners including writing creative briefs and interpreting video production proposals, check out our Video Production Cost Guide.

Hopefully knowing the difference between these three kinds of content producers will give you a head start when the screen-scrolling wolf comes knocking on your door.