Now this is a crane.

Last friday we had a big production shoot for a big client which meant pulling out the big guns.  We started the morning off by setting up a thirty-six foot crane to get a stunning shot of a family at the lake .  In fact, the crane ended up being so long that we had to reposition our scene on the dock!

If you want to make a production manager crazy, try dangling the camera over a body of water for a few hours!  Of course, everything went swimmingly, which you can take to mean that nobody went swimming. 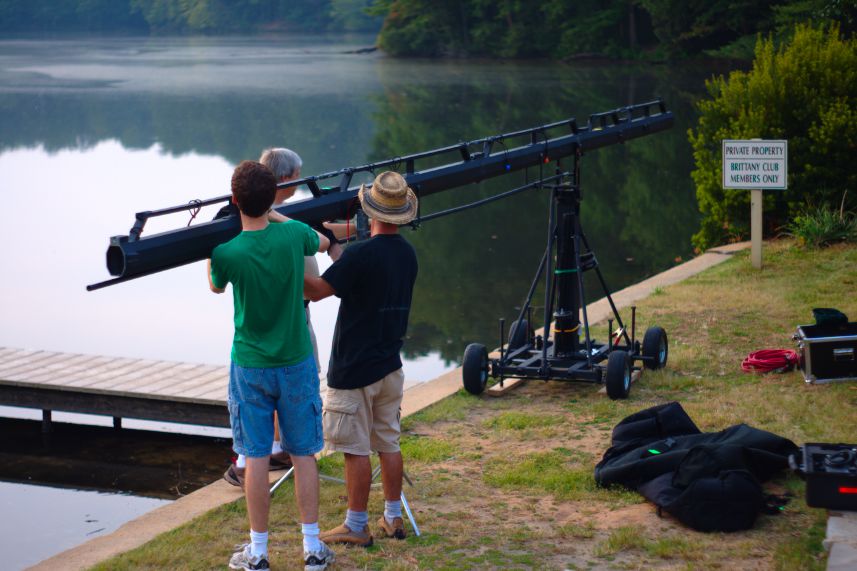 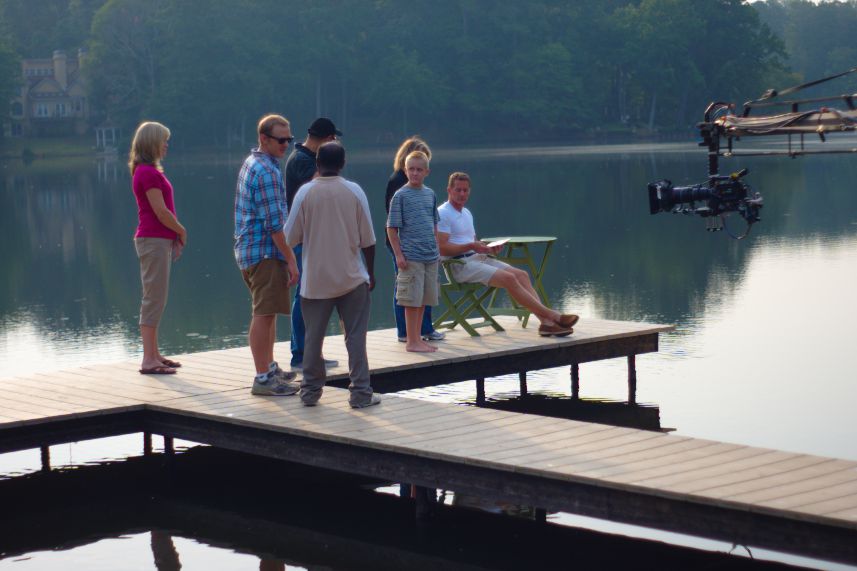 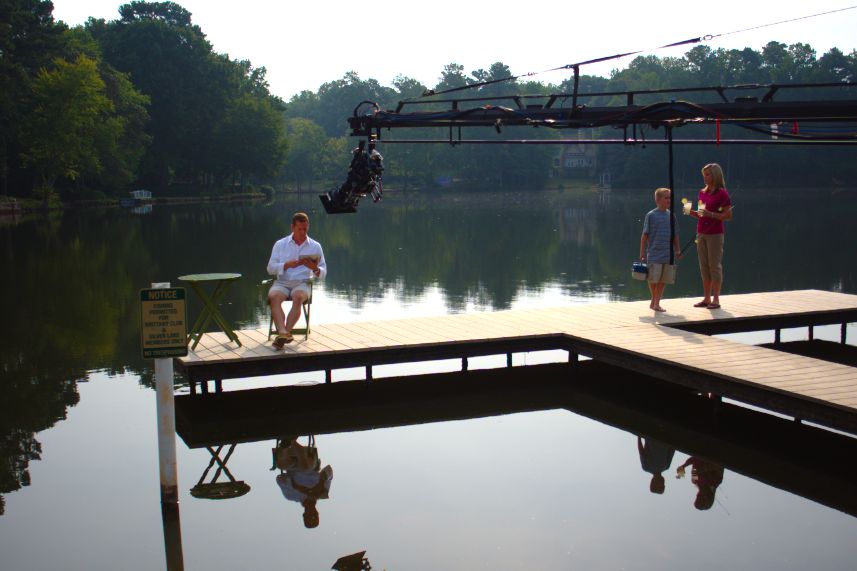 For the next shot, our art department actually built a merchant booth (like the kind you might see at a music festival) from the ground up.  We rented half of the inventory of a local cycle shop for the set, and our art director Mimi did a such a great job setting the scene that people thought it was a real business!  Of course, since we already had the crane from the prior shot, we wanted to make sure we got as much milage out of it as we could. 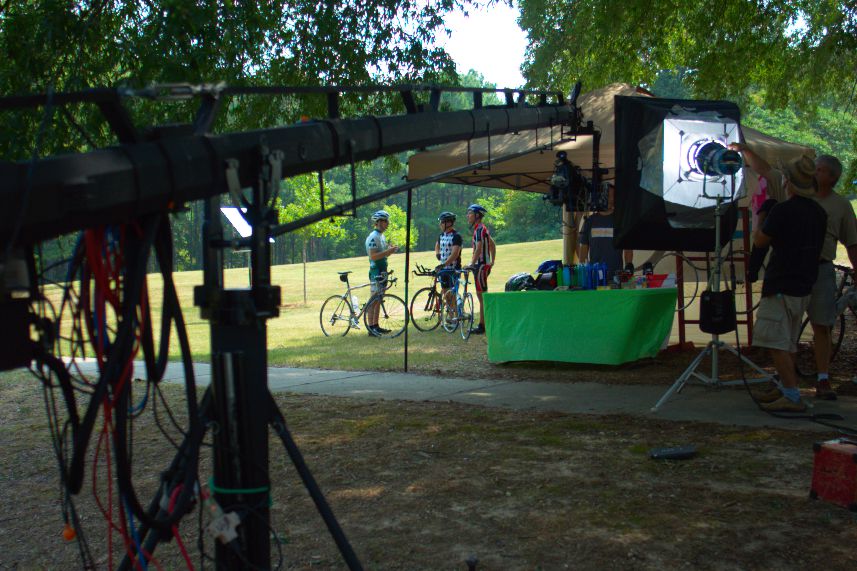 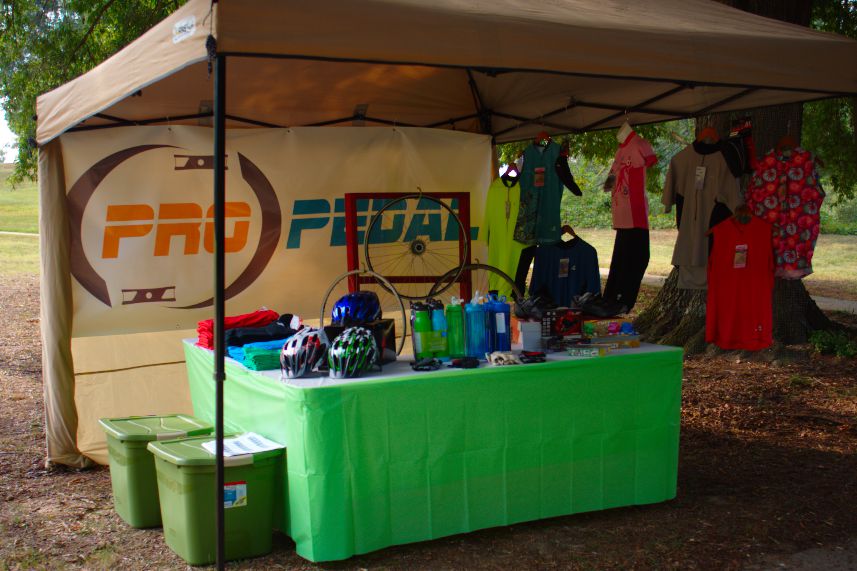 The last shot involved setting up a chaotic storage room in Sun and Ski Atlanta’s back room.  The employees there were incredibly accommodating, and we promise that their actual space is much more organized than we made it look for this shot. 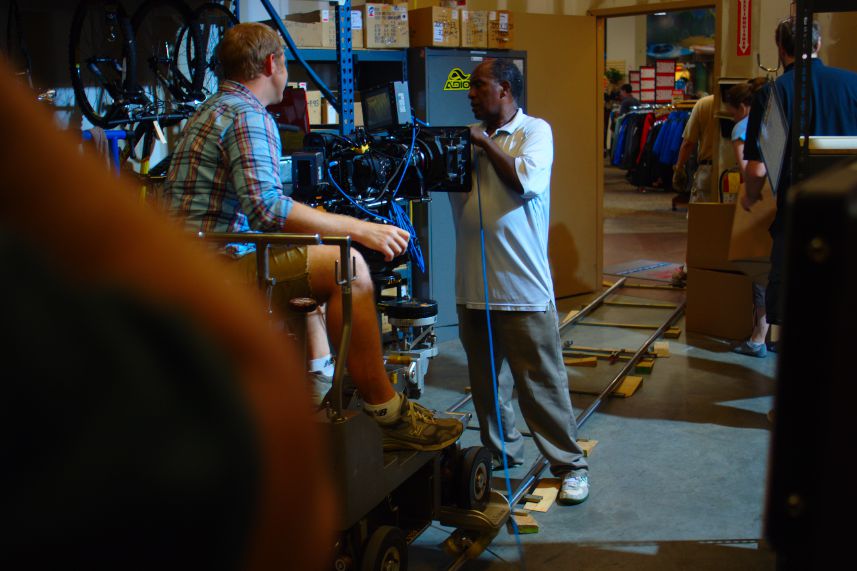 Right now we are working our post-production magic on the three shots, and we should have the full spots online in the coming weeks, so keep your eyes peeled for them!
Back To Articles
»