Headquartered in Atlanta, MicroCorp is a super agile master agent for telecommunications. In other words, they provide business development services to a specific group of sales agents working in the telecommunications sector. Their job is to empower salespeople to grow their business and represent huge telecommunications players with passion—players like AT&T, Comcast, Verizon, and Zoom (heard of any of them?) 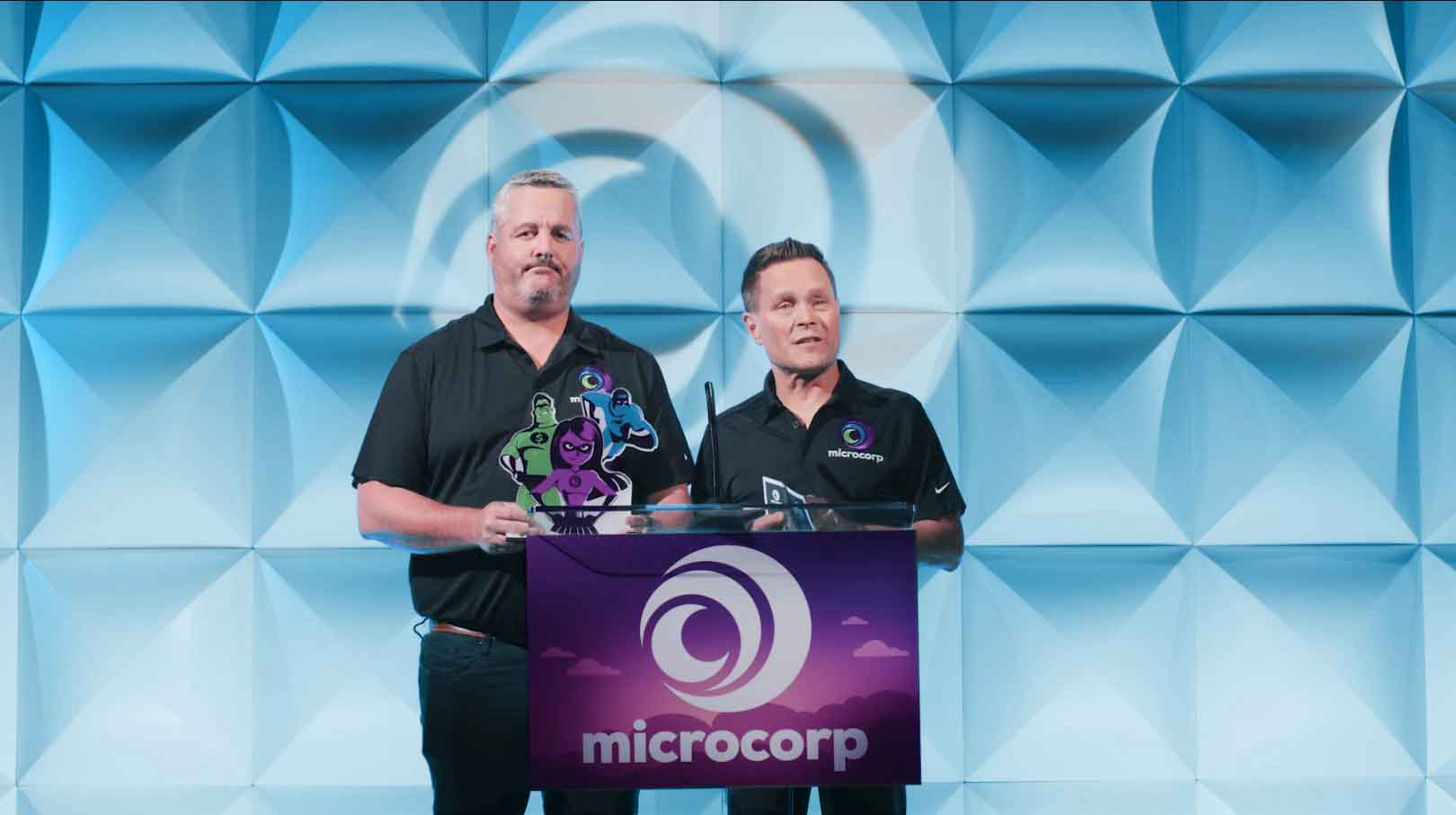 Every year, MicroCorp hosts their most well-publicized conference: a two-day learning and networking event called “One on One” in honor of its individualized attendee support. They’ve been running this dynamic conference for the past 16 years and graduating hundreds of hardworking telecommunication attendees in the process.

But this year, of course, considering the rise of COVID-19 and the necessity of virtual meetings, an in-person event simply wasn’t an option.

MicroCorp needed premade creative content that looked good and could be played for a large audience of virtual attendees. They already had event software designed for switching between recorded content and live chat rooms, but before they pressed play, they needed content itself!

MicroCorp also lined up conference speakers from their own company, and they’d already decided on an exciting conference theme: “Power up and soar!” The hero theme drew on the three superhero characters that represent their core company values—characters that our animation team immediately recognized as great creative assets.

First, we thought about the virtual event from start to finish. How could we give attendees visual variety while they watched from home on their computers? How could we make the conference speakers appear as though they were talking from a stage in front of a live audience? And most exciting: how could we infuse all the prerecorded content with superhero flair? 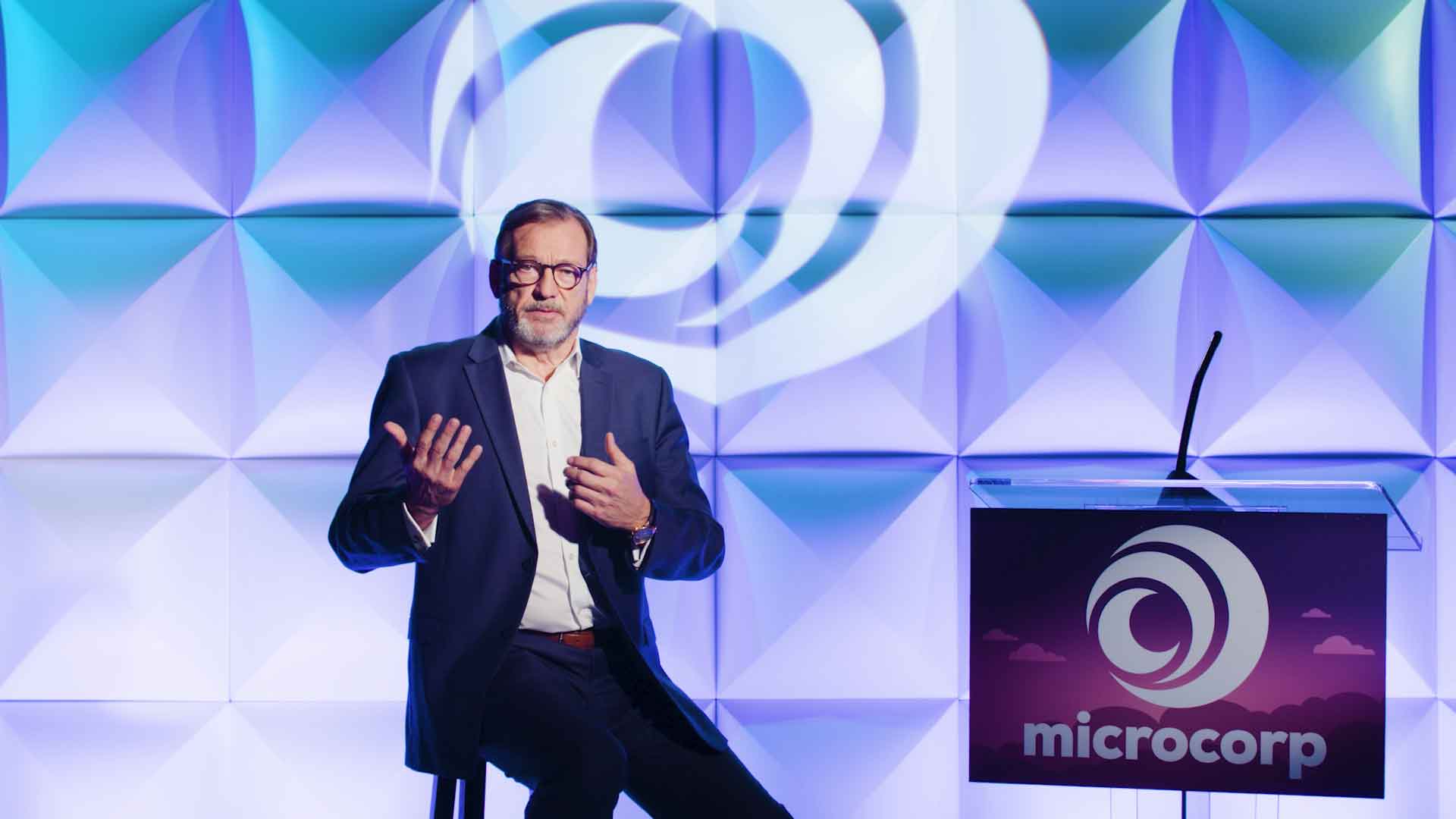 We decided to film each of the speakers on a dramatic film stage, complete with lighting in MicroCorp colors and a variety of camera angles. The total process took two days of filming and an additional few weeks of post-production editing. A few MicroCorp instructors also created less formal Zoom chats, where they used their webcams to record more specific instructional content—these instructors then sent us their video clips, and we adjusted and incorporated them into the content as needed.

We then developed animated “bumpers,” or short animated video clips, to transition from one speaker segment to the next using the superhero characters. These bumpers included storylines, countdown clocks, MicroCorp logo animations, and more. 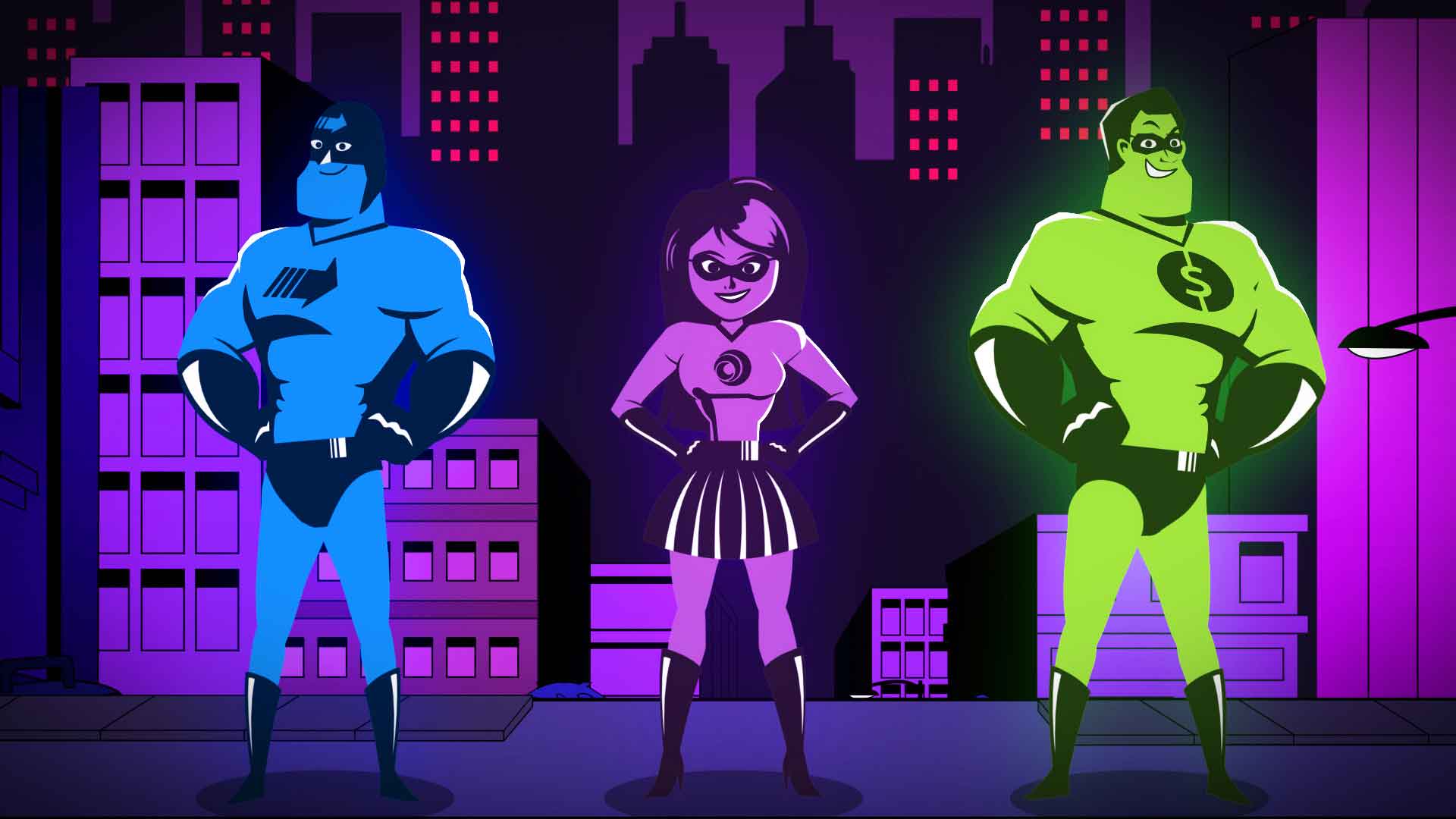 Our animation lead for this project, Thy Vo, says she enjoyed the creative exploration the project offered: “My personal favorite thing about the project was rigging the characters [preparing characters for animation] and testing out their range of motion and what we could do with them. I also really loved working with our graphic designers on the backgrounds. They really did a fantastic job telling the story of the world through these illustrations.”

The final product was two easy-to-deploy video files: one for the first day of the conference and one for the second day. MicroCorp could pause the content, switch to live chat rooms, and use it as needed to fill two noteworthy days of virtual conference. The conference successfully launched November 11th-12th for registered attendees all over the country.

Our team seamlessly blended an animated story with live-action learning for a conference experience that attendees won’t soon forget. Thy says, “Seeing everything come together in post-production and getting those final touches on there was extremely satisfying since each little asset was made with excitement and love.”

We’re proud of our super team’s work in putting everything together with creative excellence. It just proves that, even in the age of COVID-19, meaningful virtual events are well within reach!

Watch the teaser trailer for MicroCorp’s creative content below: 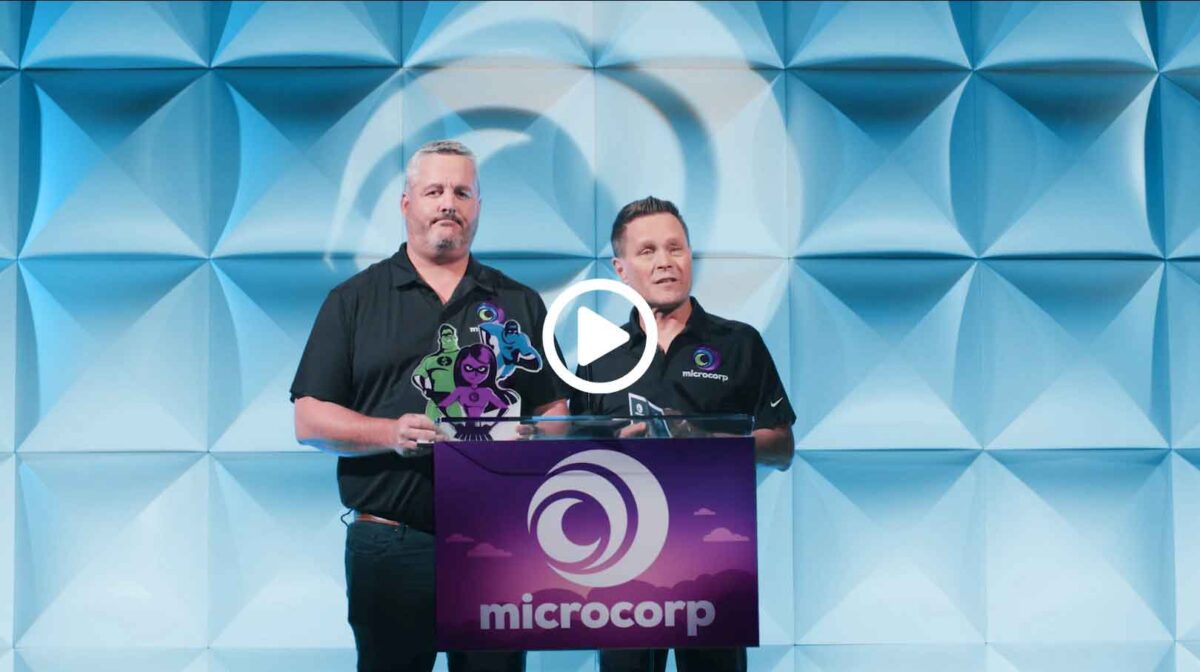