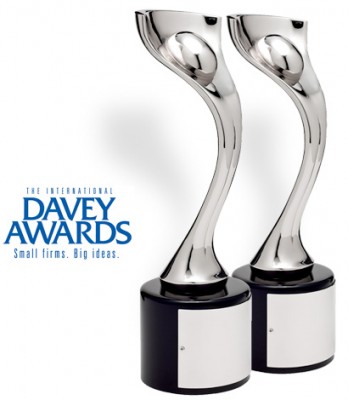 The Davey Awards may be for smaller organizations, but the judges have big reputations. The Davey is sanctioned and judged by the International Academy of the Visual Arts, an invitation-only body consisting of top-tier professionals from a “Who’s Who” of acclaimed media, advertising, and marketing firms. The DVI Group has won several Davey Awards, most recently in 2012 we were able to add two more Davey’s to our collection: