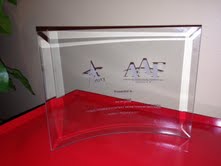 On March 26th, 2013, the American Advertising Federation awarded The DVI Group a Regional District 7 ADDY Award for “Video Branded Content, More Than 60 Seconds Audio-Technica 911.” We are so humbled and grateful to the AAF for recognizing our work. Now that we have won a Local and District ADDY, we are waiting to hear about the gold National ADDY Award we have been nominated for. The ceremony will be June 8th, 2013 in Phoenix Arizona. Keep you fingers and toes crossed for us!